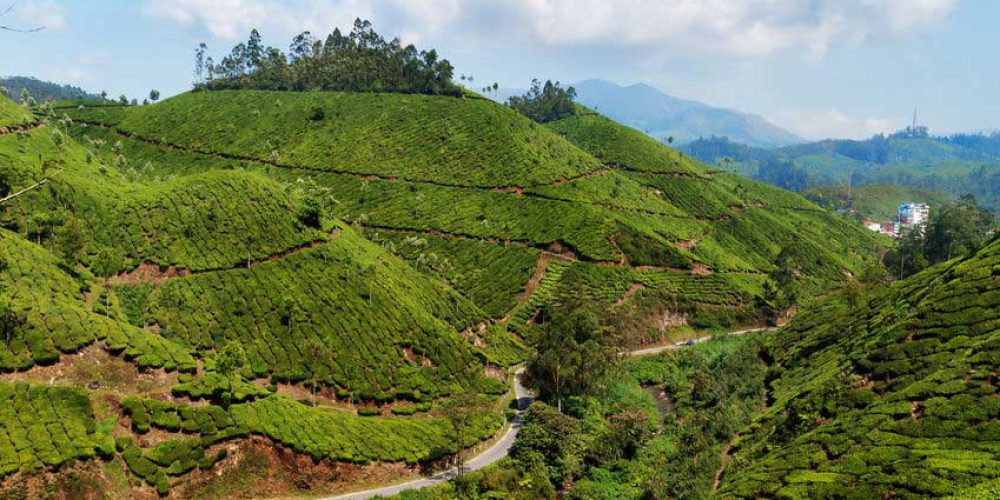 Severe drought has affected tea plantations in Kerala, Southern India early in 2017 leading to a decline in tea production. Devan Hill Plantations (K.D.H.P) and Harrisons Malayalam Plantations (HML), two of South India’s major tea corporates have suffered from prolonged drought in the current year. The failure of the northeast monsoons combined with a frost over the last few weeks have impacted on this season’s production figures. Weather effects tea production in many ways.

For KDHP, the largest tea plantation in Southern India, this is the second year of disruption after suffering heavy losses last year when 5,000 women workers called a nine-day strike demanding an 8.33 percent bonus.

Mathew Abraham, KDHP, MD remarked that they began the year well and were looking forward to profits before this unprecedented severe drought struck. He also added that the drought was as a result of the failure of the northeast monsoons and the effects on the crop were made worse by unusually harsh frosts.

With the lack of the northeast monsoons, water resources have dried up making irrigation challenging. C Vinayaraghavan, CEO, HML added that, what might further dampen the spirits of stakeholders, is that due to the constrained water resources, irrigation was virtually out of the question. The company has several estates in Wayanad where the weather is hot and irrigation is vital. Projected figures for KDHP production is expected to be down by10% this year. KDHP produces over 20 million kg of India’s 1,200 million kg tea each year.

Tea prices in Southern India have been maintained at around Rs 110-115kg during the year. This drop in output combined with the North Indian tea season (which has had its own problems in 2017) coming to an end, will likely see black tea prices go up by at least another Rs10. Retailers have already increased their prices by 5-8 per cent, Dharmaraj added. The increase in tea production prices does not benefit producers as it is still below production costs. N Dharmaraj President of the United Planters-Association of Southern India (UPASI) remarks that aside from the high prices, producers are still facing other challenges that include stagnating exports, low wages and stiff competition from countries such as Kenya and Sri Lanka.

Kerala has witnessed droughts since 2015, with tea production figure declining each year. This year has seen a 61 percent deficit in the north-east monsoon, the primary monsoon in the State. With the erratic rainfall pattern over recent years, tea corporations such as KDHP and HML have had to look to alternatives for watering, such as drip irrigation, to keep up their production levels. The high costs associated with installing drip irrigation infrastructures is prohibitive for many of the smaller planters so they are unable to adopt these systems. Planters are looking to the government to consider providing long-term financing solutions for planters willing to install drip irrigation systems.

The north-east monsoon has been declared the worst drought in India for 140 years with 144 Indian farmers reported to have taken their lives as a result of the drought’s devastating effects. Unless the drought breaks, overall tea production for Kerala continues to look bleak.