Six Effects Weather has on Your Tea 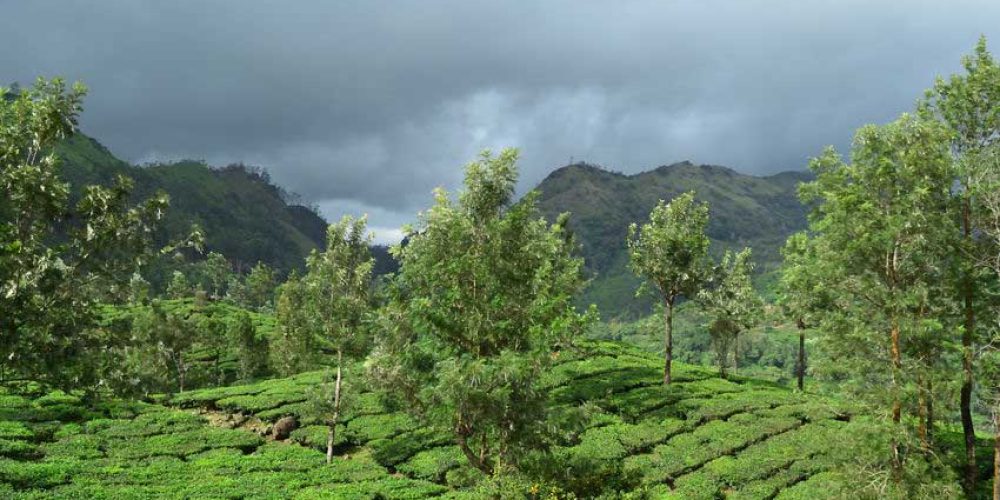 If you are one of the 158 million Americans who drink tea, you might find it interesting that the weather in which your favorite brew is grown can affect the tea’s color, aroma, flavor and health benefits. Teas are primarily grown in tropical and sub-tropical climates these climates typically provide the necessary warmth and humidity for the tea plant to mature properly. It’s not surprising then, that some of the top tea producing countries include China, India, Sri Lanka, and Kenya. These warm climates represent the perfect blend of humidity warmth and altitude. Interestingly, some different varieties of tea are grown in high altitudes.

This is done because of the changes in the weather that the cultivator can reasonably expect. At higher altitudes, the cultivator will use the weather to produce just the right flavor from their plants. You shouldn’t assume that everyone else is left out of the tea growing business, some cooler climates (if located near vast bodies of water) can also produce tea crops. South Carolina (because of the moderating effects of the Atlantic Ocean) is an excellent example of this. Some are worried that because of the essential role weather plays in the value of the tea crop increased variance in weather could harm tea quality around the world. However, while cultivators have been experiencing new challenges they have also through persistence and genius been able to produce beautiful tasty crops. The cultivator and the (at times) difficult weather must work together in perfect harmony in order to create the most valuable crop.

You might believe that the color of the tea you drink has everything to do with the specific type of plant used or the preparation of the plant after it has been harvested (A black tea is crushed and fermented while green teas are steamed and dried). However, you may be surprised to find that this is only partially true. The Darjeeling most commonly grown in India is a black tea; however, depending on when the farmer harvests his plant the tea may appear green when brewed. This is referred to as the first-flush Darjeeling and is considered to be a highly valued crop. This harvest takes place after a monsoon and before the plant can experience harsh heat. Giving this tea a delicate earthy flavor enjoyed by many around the world. This holds true for any tea which is harvested early in the growing season and directly after a monsoon.

The deepest black teas are often harvested after several weather shifts and only directly after a drought. Unlike a tea that has gone bitter against the farmer’s wishes a tea that is black has been through both monsoon and drought often several times before it is harvested. This stress placed on the plant causes the leaves to darken with age. This can be most aptly seen with the Darjeeling tea unlike its greener, younger sister this older plant will brew black and more fully represent the characteristics of a traditionally dark tea.

The aroma of a tea can often be tied directly to its color and preparation method. Because of the fermentation process black teas may have a stronger flavor and scent. However, another contributing factor is the humidity or lack of humidity that the tea plant is cultivated in. Dryer conditions can cause the plant to dry quickly which traps the aroma in the leaf and can lead to a more aromatic drink. Alternatively a mild aroma can be caused by humid weather. This leaf will dry more slowly allowing the scent of the brew to be gentle and delicate.

I personally love a tea with a naturally sweet flavor. Interestingly, these teas are often grown in colder climates, typically at high altitudes, and are not harvested until later in the year (sometime in January or February). The cultivator must work with the weather by protecting his crop form freezing temperatures while exposing it to the light frosts and even a little snow. Despite the seemingly harsh weather, a gentle sweetness often shines through. A flavor that we can all enjoy guilt free.

As the sun scorches down on growing tea plants the leaves can dry faster than the cultivator intended. This, accompanied by a drought, can often turn a moderate tea bitter. When this begins to occur it is important for farmers to be able to artificially alter the weather with shading and sprinkler systems. Unfortunately, many of the tea farmers have become reliant on their ability to predict the weather and do not have the economic fluidity to protect their plants. This can detrimentally effect profits and production.

Catechins are one of the most interesting aspects of the tea leaf. They are more commonly referred to as antioxidants and have many different health benefits. They are believed to help prevent heart disease, strokes, and breast cancer and according to research, published by The American Society of Clinical Nutrition, high quantities of catechins from teas can reduce body fat by “inhibit(ing) the formation of oxidized lipids”. This study also found that not only would catechins help inhibit weight gain but would also cause the subject to lose body fat over time. High levels of catechins are most commonly found in tea that has been grown during a drought for example the older version of Darjeeling tea will have approximately twice as many antioxidants as its younger, greener sister.

Alternatively, fewer catechins can be found in teas that have been harvested directly after a monsoon. The short growing seasons, and large amount of water the plant has been able to consume just before harvest, prevents the density of the catechins in each individual leaf. While the serving of catechins might not be as large, it is still very beneficial. So don’t shy away from your favorite lighter tea maybe just have an extra cup.

Tea the second most consumed beverage in the world (second only to water) may be one of the most weather dependent plants harvested today. Weather does not only determine the plants rate of growth, but also effects its flavor (bitter, sweet, earthy strong or weak). Weather also determines the antioxidants that can be found in each leaf, and the aroma that will fill your kitchen as you brew your favorite blend. Because of the wide use of tea and the cultivator’s dependence on good conditions it is understandable that some find the recent, seemingly unpredictable state of the weather to be troubling. However, with thousands of years of tea cultivation one can be reasonably certain that tea production will be around for many years to come