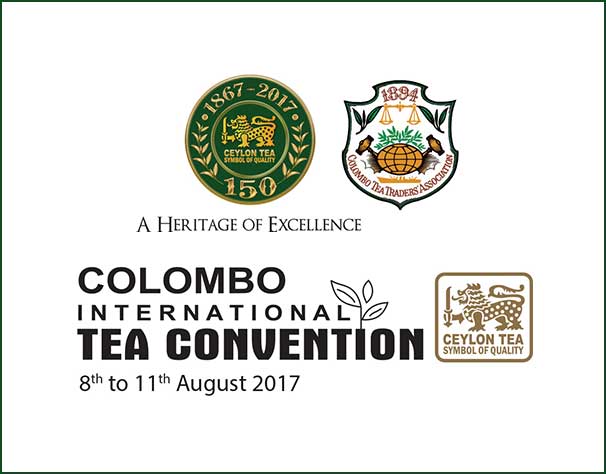 Celebrating 150 Years  of Ceylon Tea
Over the past 150 years, Ceylon Tea has been consumed and enjoyed by millions across the globe and has been established as a global icon of quality. The global Tea drinking culture has evolved over the years and Ceylon Tea continues to be an integral part of this evolution. Since the time of the British colonization, Tea has shaped the economy and landscape of Sri Lanka. With the emergence of the small holder and dynamic entrepreneurs the industry has grown through trading and value addition.
The Colombo Tea Trader’s Association, the apex body for the Tea trade, in collaboration with the Sri Lanka Tea Board is hosting the Colombo International Tea Convention in Sri Lanka from the 8th to the 11th of August 2017.  The Convention will coincide with the ITC Working Sessions on the  8th of August , followed by the FAO and Inter-Governmental group meetings scheduled for the 12th and 13th of August .